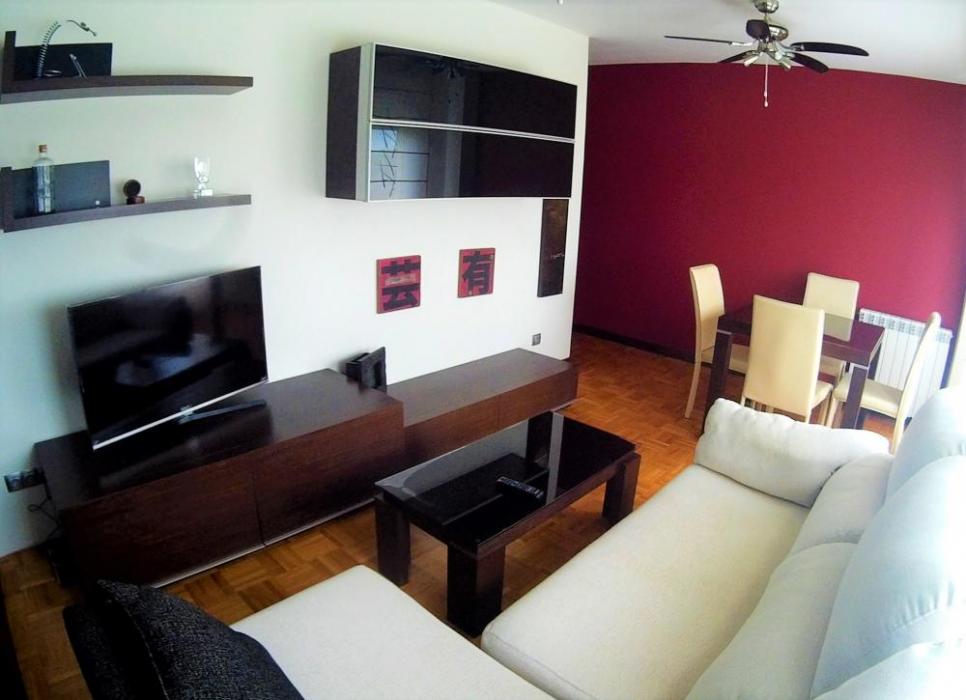 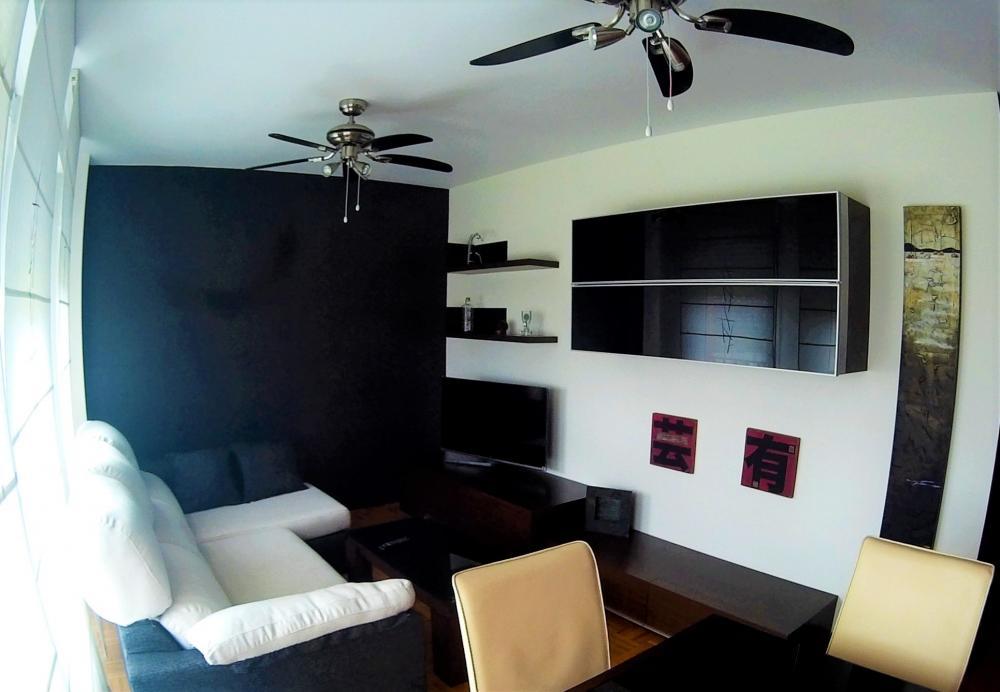 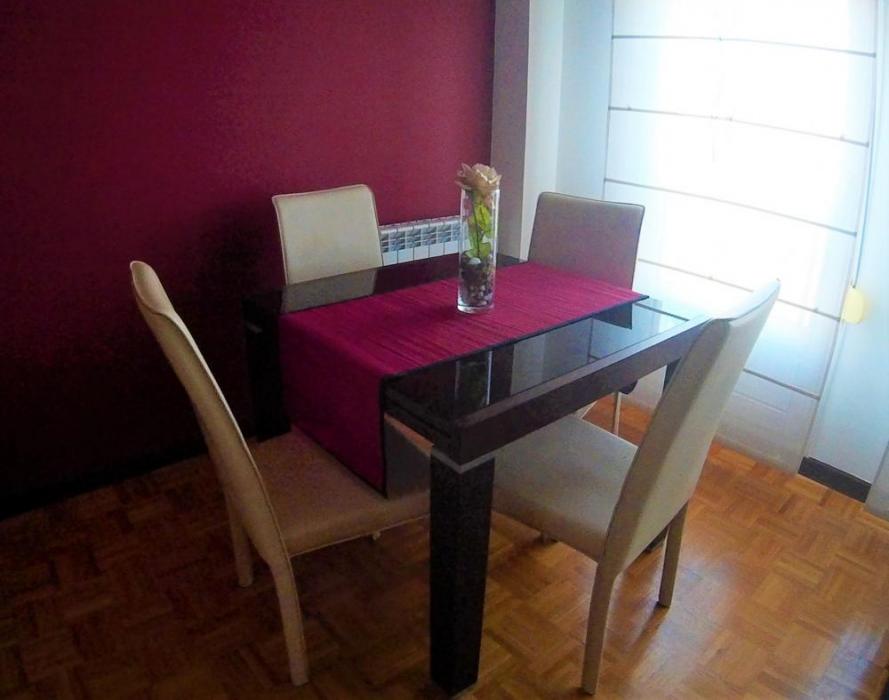 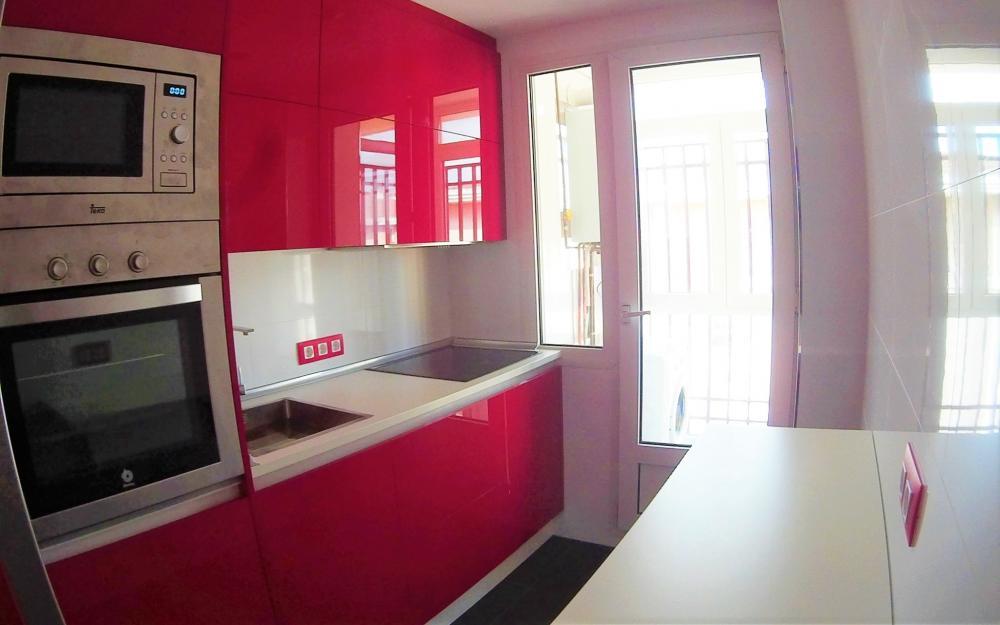 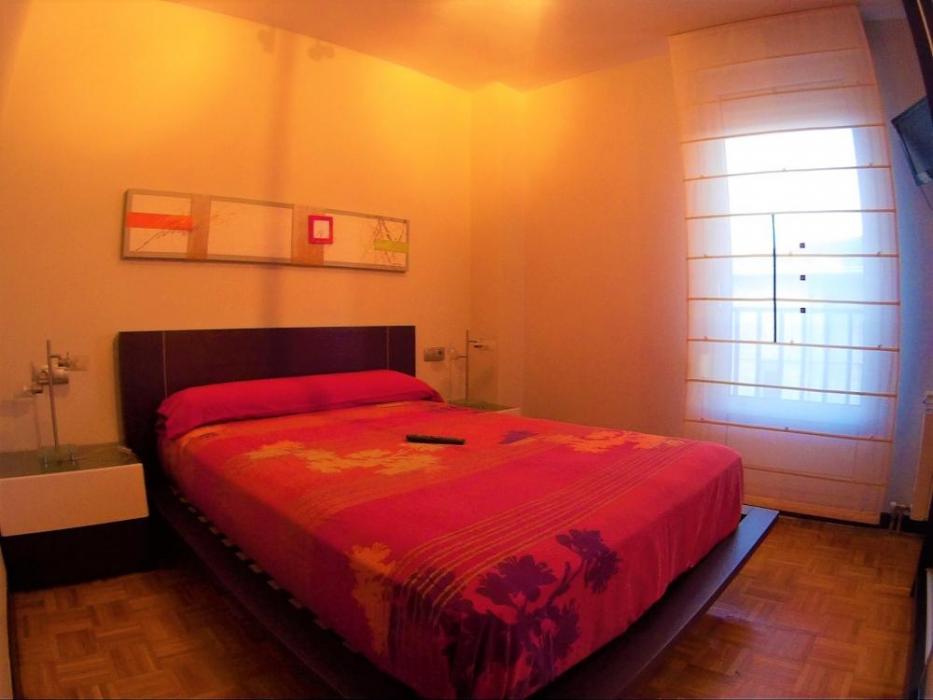 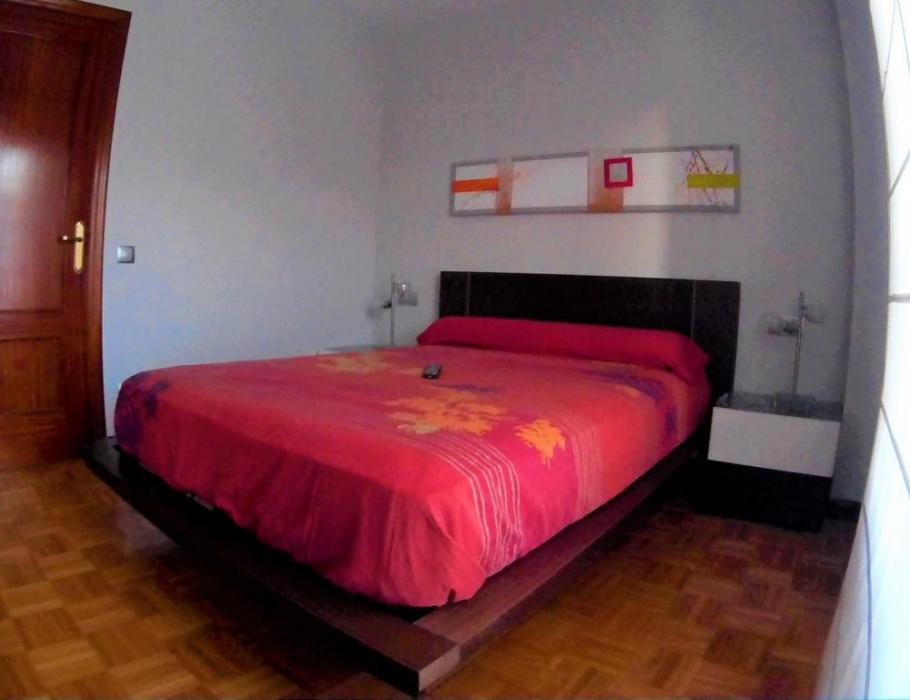 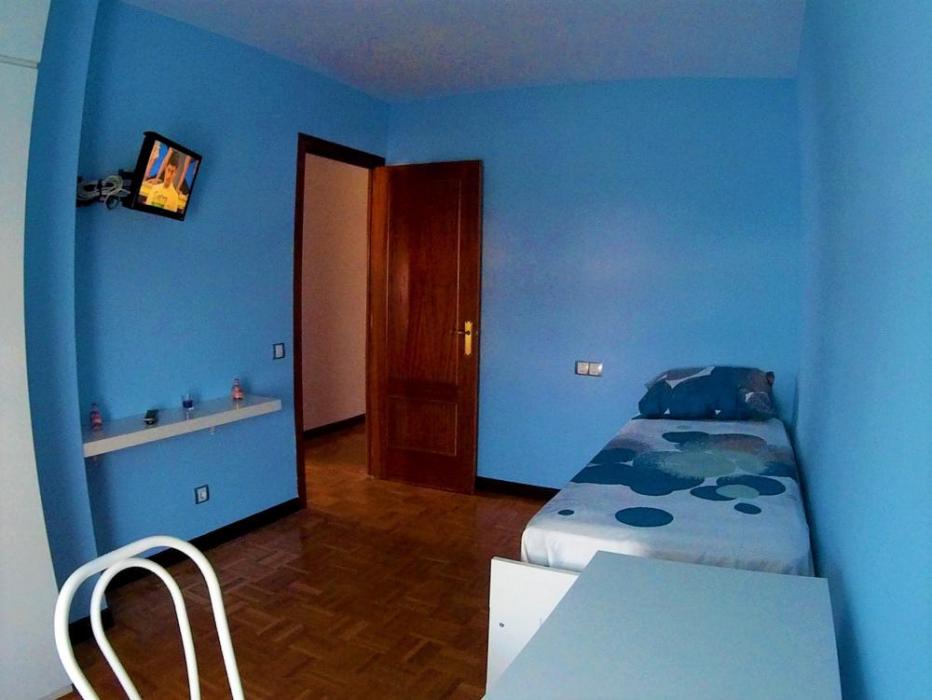 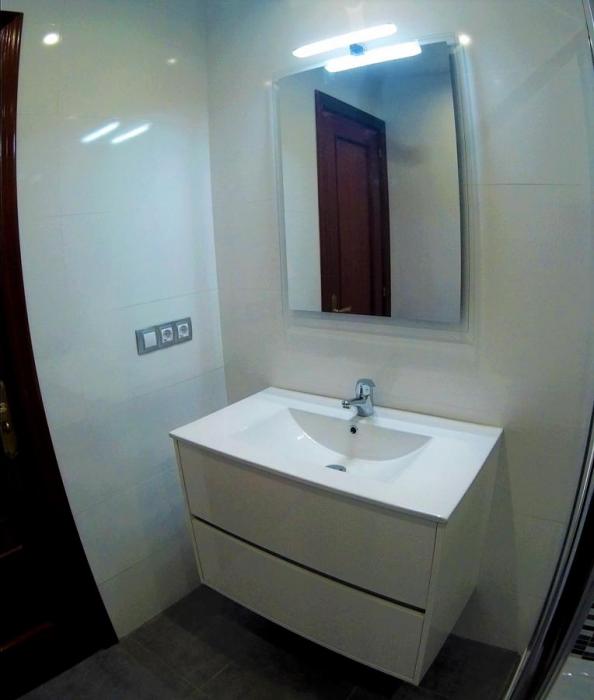 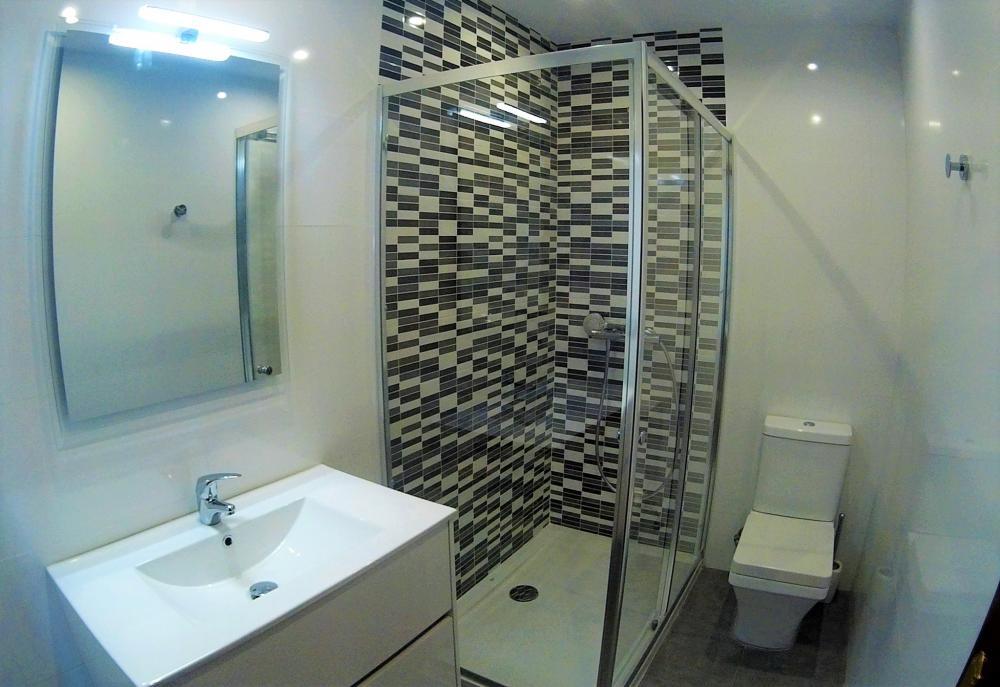 Apartment with 2 bedrooms for rent in Santander

San Martin is a nice apartment for rent in Santander. It is a furnished 2 bedroom apartment for expats in Cantabria. This typically laid out apartment is located smack in the middle of the city of Santander, the capital of Cantabria. This recently renovated apartment boasts natural light in every room of the apartment. It is very stylishly decorated with modern features and furniture. Thanks to the location it is extremely easy to move around on foot or public transport. The area has a lot of free parking spaces so people who travel by car do not have to worry

This apartment has a typical Spanish layout. You enter the corridor and walk straight into the modern kitchen. The kitchen is equipped with all the necessary appliances and kitchenware. The kitchen also has access to a balcony.

Past the kitchen, you will first encounter the master bedroom on the right. This bedroom comes with a double bed and comfortable bedding included. Across the hall, there is the second bedroom which has a single bed. This room is perfect for expats who travel with a single child or those who expect single guests. This bedroom also has a desk. Next to this bedroom is the nicely renovated bathroom with a walk-in shower with black and white tiling.

At the end of the hall, is the cozy living room with a comfortable sofa, flatscreen TV, and dining table with four chairs. This apartment is great for either expat or digital nomad that wants to spend a few months in this beautiful region in Spain.

Key features of this expat apartment for rent in Santander

This apartment for rent in Santander is located in the west of the city. It is a residential area with a lot of free street parking. Supermarkets are conveniently located at each end of the street. Very usefully located across the apartment is a city bus stop that brings you throughout the city. In the area around the apartment, you will find a shopping mall, schools, and high schools around. Airport and train stations are both less than 10 km away from the apartment.

Because it is the most northern city in Spain, Santander is easily accessible to the UK by ferry. It connects the Spanish mainland with the port of Plymouth and Portsmouth. The ferry can bring you to your location within 24 hours.

Province of Cantabria
Cantabria is a province in the north of Spain with Santander as its capital. Cantabria is recognized as a historic community. The province of Cantabria belongs to Green Spain, the name given to the strip of land between the Bay of Biscay and the Cantabrian Mountains. Green Spain is synonymous with lush vegetation, due to the wet and moderate oceanic climate. The climate is strongly influenced by Atlantic Ocean winds trapped by the mountains.

The Cantabrian caves are declared World Heritage Sites by UNESCO. It is an important site where you can find cave paintings that date back to 37000 BC. The most significant site is the cave of Altamira. Cantabria has archaeological sites from the Upper Palaeolithic period, although the first signs of human occupation date from the Lower Palaeolithic.

The modern Province of Cantabria was constituted on 28 July 1778 at Puente San Miguel, Reocín. The Organic Law of the Autonomy Statute of Cantabria was approved on 30 December 1981, giving the region its institutions of self-government. 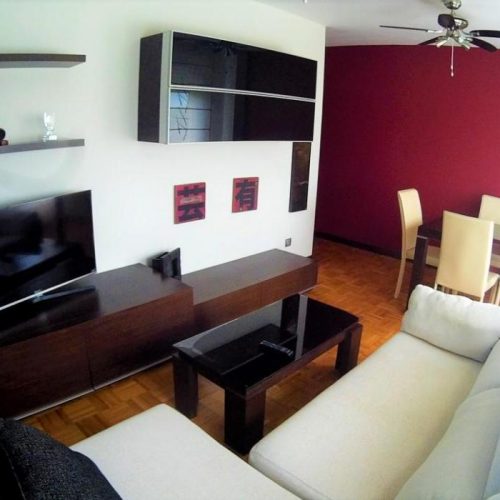 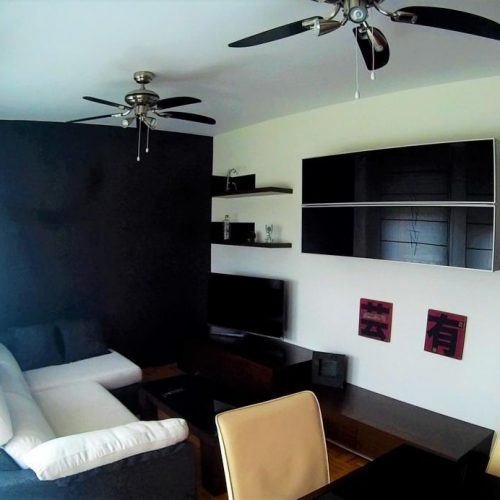 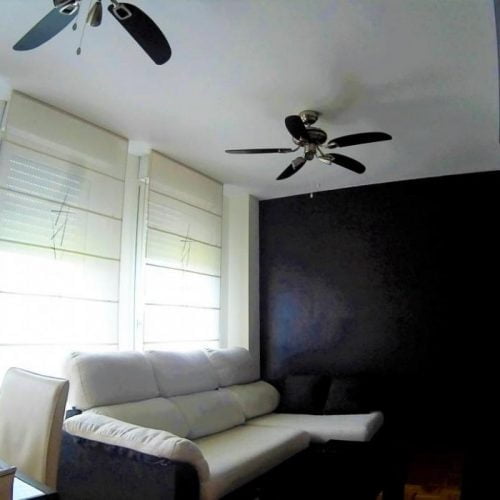 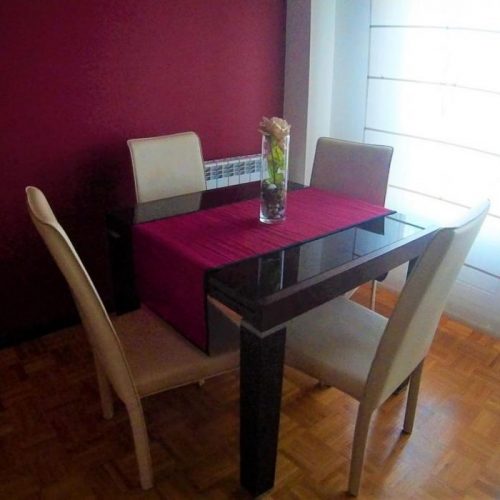 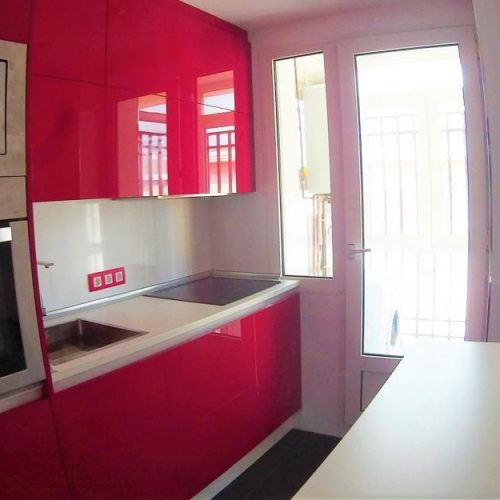 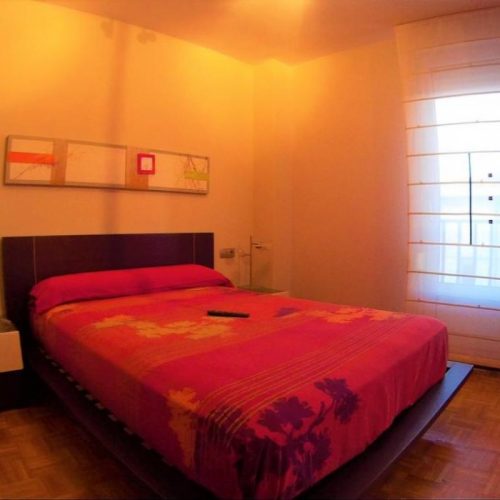 Apply for this or similar apartment