Property Type: Studio (all in one)

LAEKEN is a short term studio in Brussels for expats. It is a furnished studio apartment near Laeken Park. The apartment fits the lifestyle of a single expat that is moving to Brussels perfectly. It is located just outside of the city centre of Brussels, in the municipality of Laeken. The apartment borders to the Royal Park and the Royal Palace of Belgium. Being in a city that has water running through always gives a part of serenity. Your new home will be located just mere steps of the canal running through Brussels. Great for strolling or running along.

This open spaced apartment is great for the digital nomad or expat who travels a lot for work but needs a home base in Brussels. The open living room has plenty of space. It has a comfortable desk when you need to work from home and a dining table that sits up to four people comfortably. The kitchenette is completely equipped with all necessary kitchenware and appliances to cook up some simple meals. The bathroom has a walk-in shower.

Key features of this studio in Brussels for expats

Location Details of this studio in Brussels

This studio in Brussels has good access to the subway and metro network of Brussels. Public transport can bring you to the centre within 15 minutes. Add another 5 to 10 minutes to commute to the European Union.

Laeken is home to landscaped areas and the monuments of the Osseghem and Laeken parks. It is also home to the Royal Castle of Laeken, the Belgian royal residence. Bruparck, which can be described as the entertainment centre of Brussels has cinemas, a water park and Mini-Europe. From the iconic structure of the Atomium, there are panoramic views of the city. During the spring, the 19th-century Royal Greenhouses are open to the public and you visit some of the rarest plant species in the world.

Brussels is the capital of the European Union and therefore houses the European Parliament. It also houses the NATO Headquarters for Europe. Being the centre of Belgium, the city offers easy access to international travel by air, road or rail. Officially, the whole community of Brussels is bilingual, Dutch and French. Because of the international influence, however, it became a melting pot and you can easily get around in English or any other global language in different districts.

Brussels has a lot to offer and is remarkably diverse. it is getting rediscovered by travellers and locals alike. Every neighbourhood and municipality has its flavour. This makes Brussels the perfect home for anybody from any culture.

Tour & Taxis is a large former industrial site in Brussels, Belgium. It is situated on the Brussels Canal, just northwest of the city centre.

The site is composed of large warehouses and offices surrounding a former freight station and its spacious central hall, known as the Royal Depot. The mail buildings on the site are made of brick, glass and wrought iron, and are prime examples of 19th-century industrial architecture.

Though the site was long disused following its loss of importamces as a shipping and customs hub, it has been partially restored and is now used for large cultural events, which have included Couleur Café Festival, The Brussels Design Market, BRAFA Art Fair, Art Brussels, The Color Run Belgium and Salon du Chocolat, as well as for office space.

The Royal Castle of Laeken, official home of the Belgian Royal Family, is situated here. It has been the royal residence since the accession to the throne of King Leopold I in 1831. The former King Albert II and Queen Paola live in the Belvedere in the grounds of this caste, while King Philippe and Queen Mathilde live in the main castle. 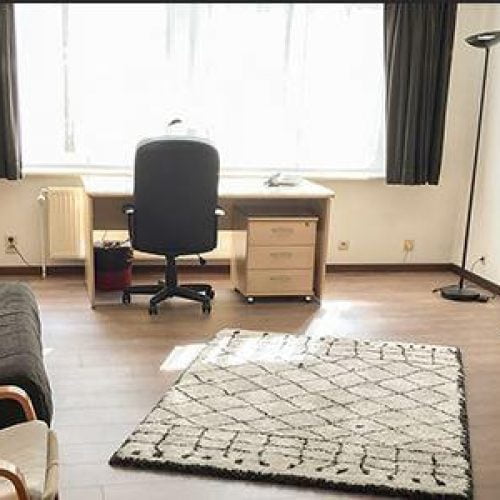 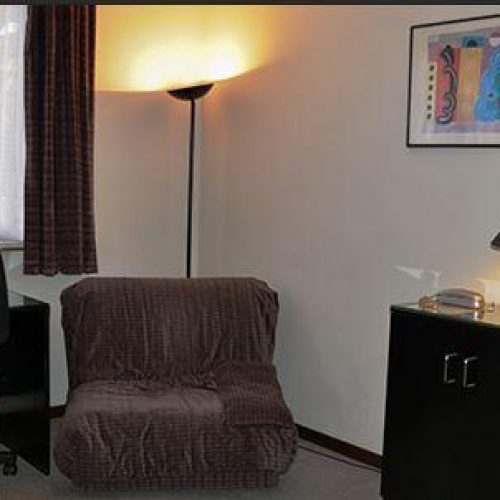 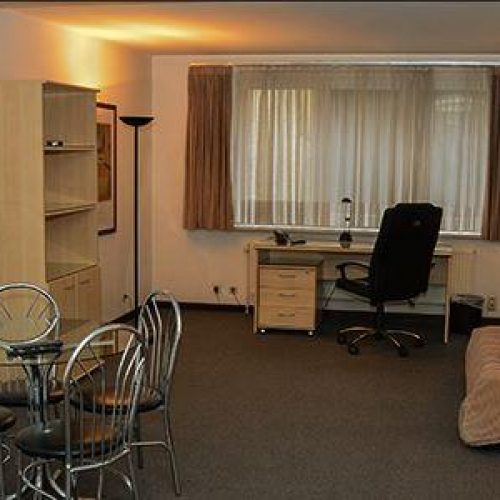 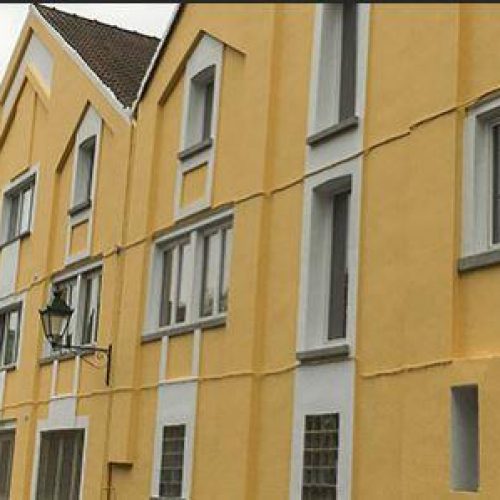 Studio (all in one)
Workers housing