Why are foreign firms investing in Valencia?

Foreign firms are investing in Valencia

Valencia, the home of Paella, the Fallas Festival, Benicassim FIB, and glorious weather. It is a city with around 1 million habitats in the West coast of Spain, is a relaxed sunny place, a great place to live. So why are multinational companies setting up offices and investing in Valencia?

In this post, we’re taking a look at the economic and geographical position of Valencia, and talking to key figures in multinational companies to find out what they see in the city, and why it makes such a great base for companies at a multinational level. 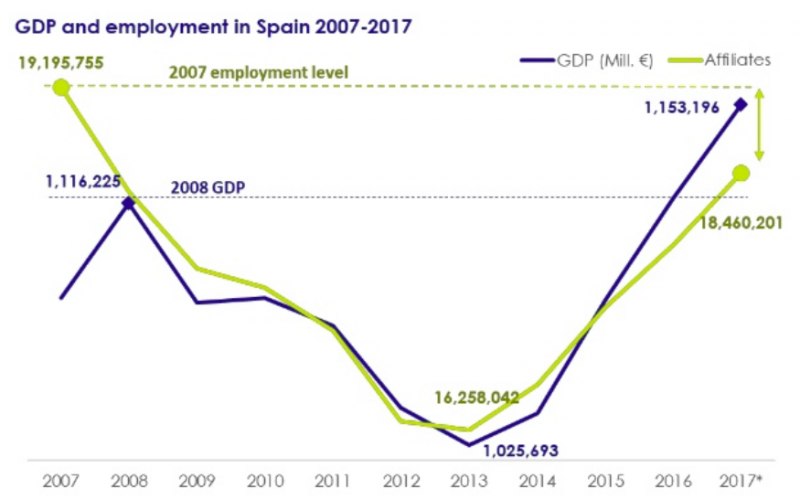 First of all. The city has been put into the minds of millions following high-value investments in Formula 1 and in America’s Cup Regatta. Once a lesser knows about this Spanish city, the word Valencia now conjures up images of the very pinnacle of sport and tourism; a good base to kick off from. Helping further, Spain as a whole is seeing improved performance country-wide with growth, a return to pre-crisis level of GDP, and above all, confidence.

Spain on the whole

In 2010. Spain languished in 62nd on the World Bank’s Ease of Doing Business Index. Since then, fortunes have changed and though the economy suffered through the recession, Spain is now at number 28 on the index. The conservative government of Mariano Rajoy’s Popular Party took an axe to many of the regulations that existed in the labour market. This made for a more nimble and competitive market, causing grumblings from the opposition parties. However, the reforms have brought more business to Spanish shores and helped the economy out of the doldrums.

For the first time in many years, predictions for economic growth have been revised upwards. According to the IMF, Spain’s growth will outstrip the Eurozone’s over the coming five years. This is supported by the European Commission’s expectations for continued growth up to 2019.

In Valencia, with businesses able to invest with confidence, smaller engineering firms similar to the German ones of the late 90’s are popping up.

Spania GTA is pushing the forefront in hypercars, fulfilling their owners dream of designing and building a car that can take on the likes of Lamborghini and Koenigsegg. Valencia gives them the perfect location, with access to talent without the high wages of Northern Europe and all of the infrastructure required. According to Victor Fuster their communications director:

“Valencia offers a strategic hub at a logistical level with Valencia airport and the Ricardo Tormo race circuit less than 5km away from our facilities. Further, from that, Valencia offers the perfect climate all year round and has a great university, offering great engineering talent, who are, for example, working right now with Spania GTA. For all of this, we could summarise that Valencia allows us to keep our Spanish roots despite being a player in the international scene.”

The Technological Park in the north of the city makes an attractive prospect and Spain is in the view of some of the largest tech giants, which are looking towards Spain for the “abundance and availability” of high-quality engineers.

Madrid and Barcelona have resurged since the 2008 slump, housing prices are up, unemployment is down and the economy is ticking over.

In Valencia, however, there are still great businesses opportunities due to the living costs being a fraction of its two larger sisters. Wages are also on the lower end of the scale. Some of the world’s leading companies have chosen to set up in Valencia for these reasons, and according to Hewlett Packard’s Technical Specialist in International Negotiations, Valerio Albarran:

“[Valencia is] a city and community with so much access to exterior markets, exports and imports in so many diverse sectors that it is very attractive to do business, and for what concerns me; offer consultancy to companies of all sizes.”

Contrary, and astoundingly for most people, Spanish workers do more hours than their North European counterparts. Unfortunately for the Spanish, due to a mix of culture and comparatively lower wages, they are working harder in the evening. In Valencia, the average working day runs from 8:30 am to 7 pm. For companies looking for investing in Valencia, the community is working hard, and with high levels of university graduates – from one of the best universities in the country – there is a healthy mix of brains and brawn.

Joan Roig is a pillar of business in Valencia. The owner of the Mercadona retail chain, who has set up the EDEM business school in the modern buildings of the port, right next to the Lanzadera business incubator. This commercial area gives entrepreneurs a practical step onto the business ladder. The mentality of business is growing in Valencia, more people are willing to take on projects of self-employment, and infrastructure is being put in place to help businesses grow and flourish, both in a multinational level as well as SMB.

Businesses are actively seeking to grow in Valencia, and agencies are being established to help support with access to key players in the city and the province, offering business services to build connections in Valencia; here is Caroline Lagegren’s opinion of why Valencia offers such great opportunities to multinational and international companies.

“Valencia has been called the national talent factory with more than 100,000 students and 3,500 certified engineers graduating every year. Private and public companies are acclaimed for coordinating their efforts to grow the entrepreneurial ecosystem in the region and you´ll enjoy a much lower cost of doing business, compared to Madrid, less than 2 hours away on the AVE high-speed train.”

Investing in Valencia with Globexs

Whatever are your reasons for investing in Valencia, Globexs can help. We stand for Expat & Employee mobility. We solve the relocation challenges of the staff.

With our sister company Blue Key Investments we can also offer your real estate investments.